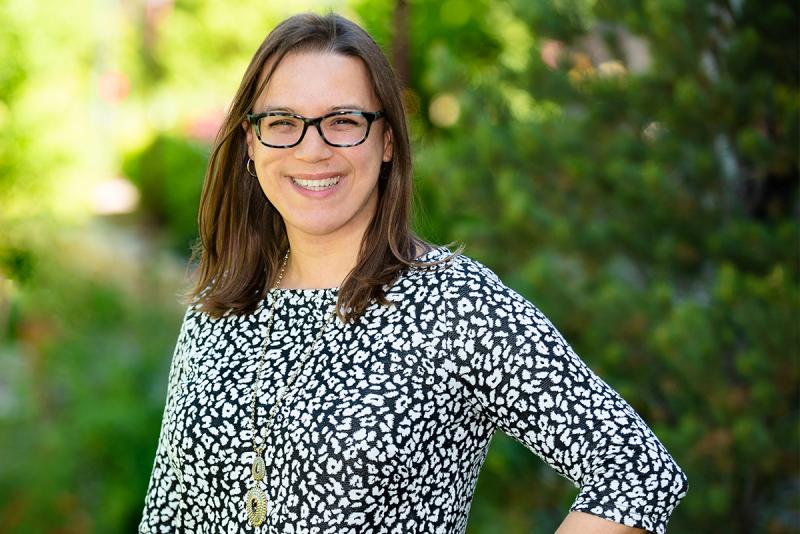 When Daphne Brydon started the doctoral program at the University of Denver Graduate School of Social Work (GSSW), she brought almost two decades of mental health and social work practice and wanted to continue working with system-involved youth. But, she says, “I didn’t have a strong preference for which system.”

Ultimately, she ended up focusing her dissertation research on the re-entry needs of individuals released from a juvenile sentence of life without parole and igniting a passion for reforming the criminal legal system.

During the summer between her first and second year at GSSW, Brydon was enlisted for a pilot project in Michigan — her longtime home — which has the nation’s second-highest population of people serving juvenile life sentences without parole. Of Michigan’s “juvenile lifers,” 70% identified as Black. At the time, Brydon says, there were 2,100 people nationwide who had been sentenced as juveniles to life without parole and were still serving those sentences.

Although the Supreme Court ended mandatory juvenile life without parole sentences in 2012, its ruling applied only to new sentences — not to individuals already serving those sentences. In 2016, the Court made it possible for juvenile offenders to be resentenced, and in 2017, Michigan began resentencing and releasing some people, many of whom had already served long sentences during their formative years.

Working with Michigan’s State Appellate Defender Office, Brydon began interviewing those being released, as well as members of their support system, asking what re-entry had been like, how they could be better supported, and how they were making meaning of their experience. The office’s re-entry team shaped services based on the results.

“This group of men and women have a lot of wisdom to feed back into social work practice,” Brydon says. “It was really cool for the research to have a direct impact on services provided. I realized this is where I’m supposed to be. This collaboration, this community of people, are exactly who and how and where I want to be engaged and impacting policy and practice.”

Individuals released from prison encounter numerous barriers to successful re-entry, including difficulties finding housing, obtaining employment, managing the effects of trauma, and maintaining interpersonal connections with family and friends, Brydon says. Research is needed to understand how to best support and promote successful re-entry for those being resentenced and released from a juvenile sentence of life without parole.

Brydon’s participants included 21 juvenile lifers who had been released. Quantitative measures assessed their mental health, coping, trauma exposure and employment readiness, and qualitative life-events interviews empowered them to narrate their own life stories.

Participants shared deep histories of trauma, marginalization and disadvantage. But, Brydon says, “Contrary to what we think, participants had pretty strong mental health and wellness, resilience, and generally, they’re coping.” Their coping strategies were largely positive, prosocial and acceptance-based, Brydon says, noting that they also had strong relationships and wanted to give back.

Notably, Brydon says, all participants experienced three or more traumas in early childhood, and all described a journey of transformation: How do you live a life worth living even if you’re going to be in prison for life?

“The theme of transformation in this study offers further evidence that change and rehabilitation is possible even among juvenile lifers convicted of first-degree murder and even in the harsh conditions of prison,” Brydon wrote in her dissertation. “How can we modify the current carceral context to harness this potential for change and promote sustained desistance?”

Based on her research, Brydon says interventions need to be provided at the individual, community and systems level, and they must be trauma informed. “If we’re really going to impact these systems, we have to do it in multiple ways.” She identified five critical intervention points along the criminal legal spectrum — two prior to incarceration, two during incarceration and one at re-entry — and recommended a number of specific interventions. For instance, Brydon says, re-entry support should be offered starting at least six months prior to release and for at least six months after release, with intensive support offered within the first 30 days of release. Newly released individuals need help with everything from navigating self-checkouts at grocery stores to using technology, building credit and finding a job.

Rather than moving directly into a faculty appointment after graduation, Brydon is taking a sabbatical-style year to focus on writing and dissemination projects related to her dissertation research. “I wanted to take a moment to be thoughtful about my research — what it means to be doing this kind of work in the community, what it looks like for my partners and participants,” Brydon says. “There’s this opportunity in our criminal legal world to choose to do this work differently. I have lots of ideas for how to make that happen. In the context of Black Lives Matter and abolition, there are some really complicated conversations happening nationally. This work feels like it is speaking to those conversations. I’m figuring out how we make the most impact.”

A PhD in social work will prepare you to apply research to change systems.