At the Graduate School of Social Work, learning doesn’t stop at graduation. We provide a wide range of continuing education (CE) offerings for alumni and the wider community. Due to COVID-19, all continuing education opportunities are now 100% online. We cover topics that will help you enhance the professional skills you'll need most during this challenging time. All courses will be taught via Zoom, DU's preferred video conferencing software. Register for an upcoming session below.

Have an idea for a Continuing Education event? Email our Office of Community Engagement

All workshops include CEs approved for clinical social work licensure in the State of Colorado. CEs are equivalent to contact hours. They do not include accredited CEUs – check your local regulations if you are licensed in another state or for another profession.

This session will take a look at what Intuitive Eating (IE) is (and what it is not). At its core, IE is an evidence-based, weight-inclusive, mind-body eating framework. During our time together, we will discuss the ten foundational IE principles and the common myths about IE, what the science actually says about weight and health and the importance of including the Health at Every Size movement in our social justice work. We will also begin to explore our own narratives around eating, exercise and weight and how our personal stories impact the work we do in mental health.

*Limited to the first 10 students, email GSSWevents@du.edu to be put on a waitlist if registration is filled.

In this two-part session, learn how through leveraging creativity and mindfulness, and attending to your judgments, emotions and physical sensations, you can reduce stress.

Attendees will understand how to embrace ambiguity and manage difficult situations in ways they can be proud of and based on context (the present) and not habit (usually influenced by emotional baggage). You will walk away with different ways to attend to judgments, emotions and physical sensations to develop self-awareness, breathing techniques as a centering and calming tool, and ways to create a vision of your highest and best self to guide you through your challenges.

This session is experiential and highly interactive.

*Limited to the first 15 students, email GSSWevents@du.edu to be put on a waitlist if registration is filled.

This two-session workshop will discuss the impact of trauma and chronic stress and how it shows up on an individual and systemic level within our school communities. Gain an understanding of racial stress as a form of trauma and explore the shift in worldview experienced by students facing racial trauma, and its impact on learning and engagement. We will discuss how you can respond with compassion and understanding as well as review strategies for promoting anti-racist, trauma-informed school communities through the integration of cultural humility and equity.

*Limited to the first 15 students, email GSSWevents@du.edu to be put on a waitlist if registration is filled.

Living with Purpose: A Brief Overview of Logotherapy

This workshop will present a brief overview of Logotherapy, including the most important elements of Viktor Frankl's philosophy and clinical approach to wellness. In the first hour, we will review Frankl's personal history and the impact his experiences had on the formation of his approach to health and wellness, the three tenets of Logotherapy, Frankl's dimensional ontology, and, Frankl's approach to understanding and finding meaning in life (Meaning Triangle, the Demand Quality of Life, Existential Crisis and Noögenic Neurosis).

In the second hour we will review the "Tragic Triad" and explore supporting healthy outcomes using the Tools of Logotherapy (Socratic Dialogue, Meaning-Making, engaging Self-Transcendence and Change of Attitude). Participants will be given an opportunity to fill out their own "Meaning Triangle" in response to a difficult life situation.

*Limited to the first 10 students, email GSSWevents@du.edu to be put on a waitlist if registration is filled.

Mental health and education professionals are thoroughly trained to work with human clients, and volunteers sometimes receive a brief orientation to the client population they’ll work with. To practice ethically and humanely, however, both professionals who integrate dogs into their practice also need equivalent information about their canine partners and experience working with dogs. The canine-assisted intervention specialist (CAIS) certificate provides the knowledge and experience you need to ensure a therapy dog’s welfare and well-being in professional settings.

Students examine their own preferences and biases about dogs as the program delves deeply into topics such as canine behavior, selection, training and health and wellness. At the end of the program, students will have a deeper understanding of the needs of their canine partners, they will have practiced training dogs for specific skills helpful in animal-assisted interventions, and they will have increased knowledge of the ethics and standards involved in working effectively and humanely with dogs in animal-assisted interventions. Visit IHAC’s web site to learn more about the certificate and to see the application requirements. Students that complete the certificate will earn 21 continuing education units documented on a University of Denver transcript. 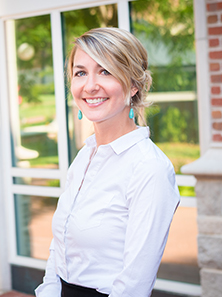 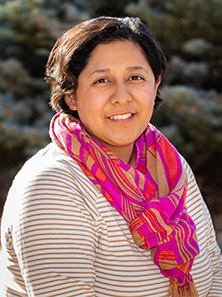 Want to be notified about upcoming Continuing Education options?