Professor William Cloud discusses his concept of recovery capital, which has reframed the addiction treatment field 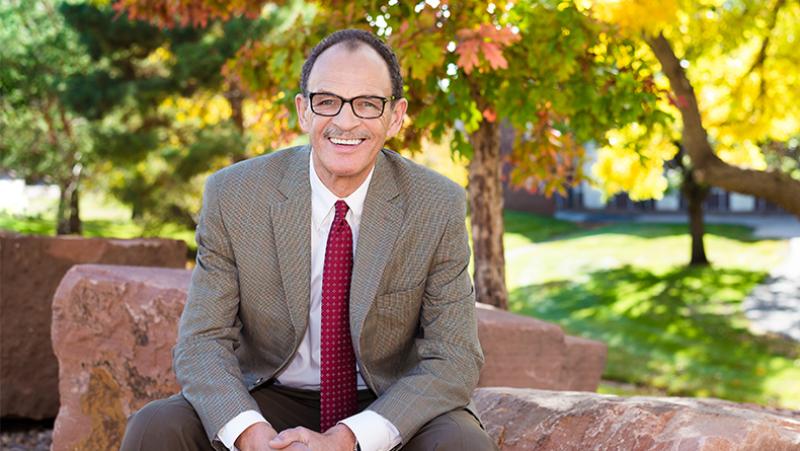 In July 2018, University of Denver Graduate School of Social Work Professor William Cloud, PhD ’87, received an email from a multi-billion-dollar health care technology company seeking to include the Recovery Capital Scale in its behavioral health electronic workflow. Cloud didn’t develop the instrument, but he and former University of Denver Associate Professor of Sociology Robert Granfield did introduce the recovery capital construct a decade ago. The idea has since taken root in the study and treatment of addiction, and recovery capital has been the subject of countless papers, presentations and dissertations by other scholars. It’s even the focus of an annual conference.

“‘Recovery capital’ is the sum of personal and social resources at one’s disposal for addressing drug dependence and, chiefly, bolstering one’s capacity and opportunities for recovery,” Cloud and Granfield wrote in their seminal paper, “Conceptualizing recovery capital: Expansions of a theoretical construct,” published in The International Journal of the Addictions in 2008. Treatment practitioners use the strengths-based recovery capital approach to identify clients’ internal and external resources—everything from physical health to family relationships to recovery role models—that can support them in recovery.

The recovery capital concept was central to a paradigm shift in the addictions field, which moved from a focus on pathology and intervention to a focus on recovery. But Cloud and Granfield’s big idea had humble beginnings: They honed the concept over a backyard barbeque, Cloud recalls.

“We had experienced this in our own practice careers,” Cloud says. “How is it that some people are able to get over addiction and others aren’t? Some people enter treatment four or five times and still struggle with it; others never enter treatment and they’re doing fine.”

In the early 1990s, Cloud and Granfield had been interviewing people about their addiction and recovery experiences. “There were some common themes that led us to our first idea that these folks had social capital—relationships, friendships, supportive families, people who assisted them with their recovery efforts,” Cloud says. “Many also had a ‘stake in conventional life’—they weren’t entirely encapsulated in drug culture, and they had a lot of networks and support systems.”

But as they interviewed more and more people, Cloud and Granfield realized there was more than social capital at work in recovery success or relapse. As they “tossed ideas around” over grilled hamburgers one summer day, they landed on recovery capital as a concept that combined not only social capital but also personal, community and cultural capital, which all impact an individual’s recovery.

“Poverty is tough. It creates barriers for all sorts of things, including getting off drugs,” says Cloud, who has been working in, studying and teaching about addiction and treatment for more than 40 years and authored three books about recovery. “People with recovery capital often have physical capital—assets and financial ability. People with less recovery capital need more resources. Treatment should be building recovery capital.”

There’s still plenty to learn, Cloud says, including how domains such as culture and community affect recovery. “The addiction and recovery field continues to evolve as people deconstruct the process of recovery. What’s common about people that allows them to get off drugs? This question has perplexed researchers for a century,” he says. “There continues to be an interest in solving this.”