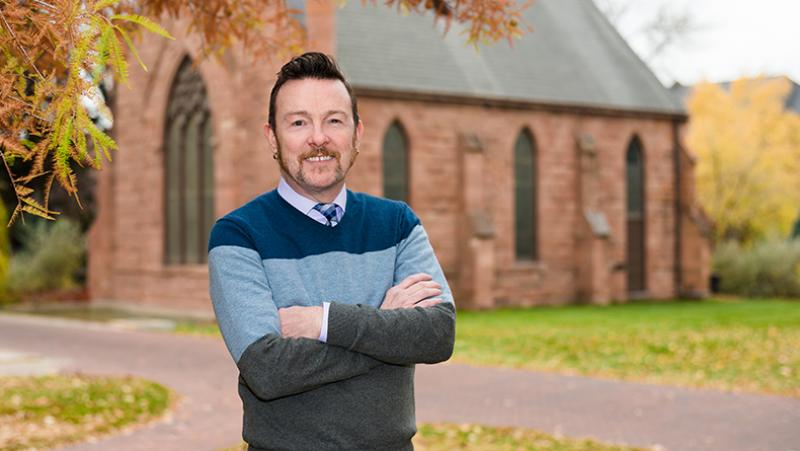 Every three years, the Centers for Disease Control and Prevention (CDC) conducts the National HIV Behavioral Surveillance Study of men who have sex with men (MSM). Denver is one of 22 study locations nationwide, and since 2011, University of Denver Graduate School of Social Work Professor Eugene Walls has been part of the city’s research team.

Walls’ role is to conduct an ethnographic scan that informs survey design. He meets with dozens of stakeholders in the area of HIV/AIDS prevention and services as well as MSM who have unique perspectives on HIV/AIDS and related risk behaviors — people such as MSM sex workers. Walls also conducts focus groups targeting segments of the MSM population, such as injection drug users, HIV-positive MSM and Latino MSM.

“The scan takes the pulse of the target population,” says Walls, who collaborates with Denver Health on the study. “We want to know, has anything changed? Are there any new emerging issues or trends? This approach allows us to shape and contextualize the survey to be the most benefit to the Denver area.”

Insights gained through the ethnographic scan and secondary analysis of past surveys shape each new survey, which includes a set of questions used in all cities and questions specific to the local area as well.

When the survey was conducted in 2014, for example, pre-exposure prophylaxis (PrEP) was just hitting the MSM community. “We were really curious about what MSM were thinking about PrEP and what the barriers to access were,” Walls says. In 2017, the survey included questions about the human papillomavirus vaccine, which the CDC had begun recommending for MSM under age 25. In Denver, where marijuana is legal, the survey includes questions related to marijuana use and HIV risk.

Learn more about research projects at the Graduate School of Social Work.